To be back home. One more summer day. The cool breeze and bold light. You reveled in the simple pleasures. I can not bear it, I will forever miss you.

Where shall you take us?

This was a 10″ x 10″ cow portrait I did in acrylic not too long ago. Once again using the cow as sympathetic subject. I have been working on highly atmospheric environmental scenes of late. I have largely abandoned opaque colors since doing this painting. I am trying to make work with a lot of transparency and light penetrating the paint.  I hope to bring it back around and do some large sweeping landscapes with shadowy cows. We shall see where things go… Best to follow the work rather than trying to map out a plan. 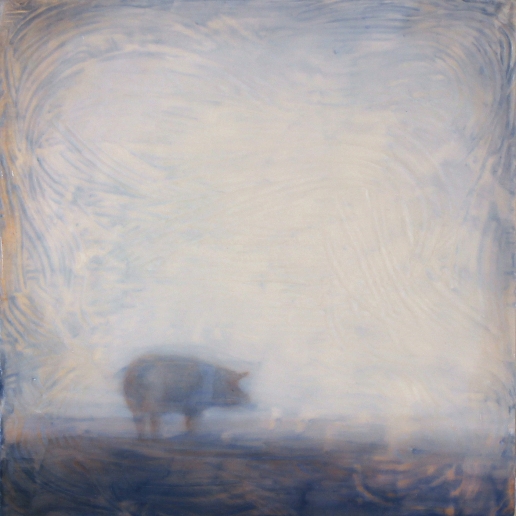 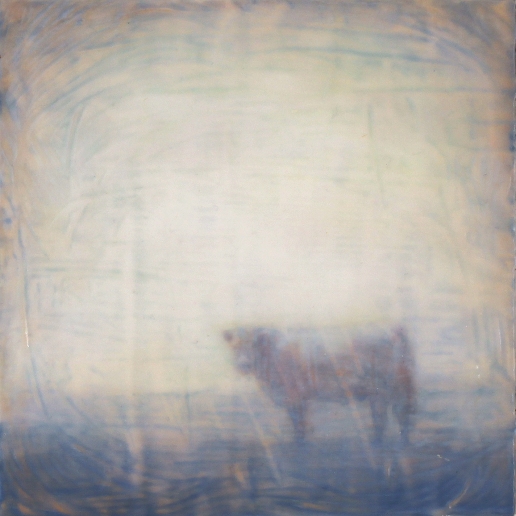 These two paintings were part of a small collection of animal paintings I did. Very heavily influenced by Tonalism, a movement that emerged in the 1880s. Works that fell under that umbrella of style were painted with an overall tone of colored atmosphere.

There were a lot of really interesting artists that were grouped into this art movement such as George Innes and James McNeil Whistler. My personal favorite was Albert Pinkham Ryder, his work is more stylized with a very grim and haunting look. I was excited to see some of his original pieces at the Santa Barbara Museum of Art a number of years ago!

This was a small painting I did after doing a lot of large expressive paintings with similar color and value. This was much more realistic. It’s a recent relic, the subject over shadowed the paint. Still it has it’s charms!